Krang is a character who appears in season 4. He is voiced by Pat Fraley.

It is revealed that he and Kraang Subprime are cousins, and that Sub-Prime banished him to the second dimension. He attempted to redeem himself by using three dimensionizers to destroy the 1987, 2012 and Prime realities. Once both the 1987 and 2012 Turtles thwart his scheme and reveal it to Kraang Sub-Prime, the latter gets angry that his cousin would destroy dimensions the Kraang had been trying to mutate for thousands of years. After giving Krang a thrashing, Sub-Prime banished him back to 1987 Earth. 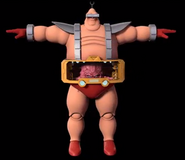 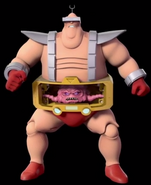