Algae and Worms was the major food staple of the ninja turtles and Master Splinter before the turtles ventured above ground. It was the only food available in the sewers, so the turtles and Splinter had to eat it, even if it didn't taste good; though if Splinter was able to still drink tea, it's possible there were other sources of food the Hamato family was able to access, but the majority was Algae and Worms. The Turtles stopped eating this after they discovered Pizza. Mikey was "the cook" who made this dish for the turtles, and he even made an algae and worms cake for their mutation day. The frosting was made from something Mikey said they didn't want to know about. Algae is a simple plant organism of blue and green color. Worms are small invertebrates that crawl through soil. Both are common food items for turtles in nature.

In Metalhead Rewired, it was revealed where they got all of their algae and worms, when Donatello's head got stuck in a hole as Metalhead escaped deactivation. 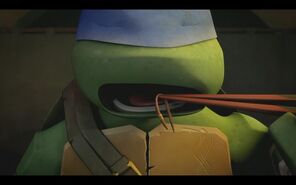 Leo eating some Algae and Worms 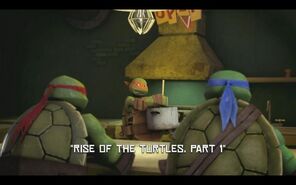 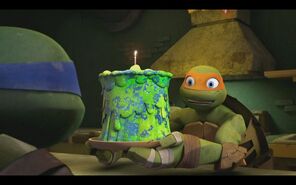 "I hope you guys saved room for cake!" 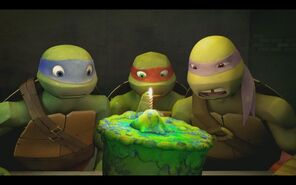 Donnie stuck in the algae in "Metalhead Rewired". 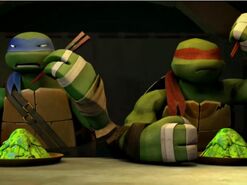 Blagh
Add a photo to this gallery
Retrieved from "https://tmnt2012series.fandom.com/wiki/Algae_And_Worms?oldid=38597"
Community content is available under CC-BY-SA unless otherwise noted.